Okabayashi Shogen studied Daito-ryu under both Hisa Takuma and Takeda Tokimune, receiving from the former a kyoju-dairi (teaching license) and from the latter a shihan-level license, as well as a menkyo in Ono-ha Itto-ryu (Sokaku-den). Believing that modern schools of the Daito-ryu go astray by incorporating present-day body mechanics to ancient techniques, Okabayashi Sensei founded the Hakuho Kai in order to research and preserve the classical forms of the Daito-ryu.

This article is reprinted from the Hakuho Kai Journal, Volume 1, Number 5, by permission of the author. 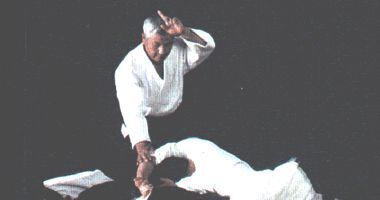